This Christmas I got the “Warcraft – Behind the Dark Portal” movie Art-Book. This was already pretty cool by it self, but what made it even better was the fact that I realized that 2 shots that I worked on at ILM Singapur actually made it into the book. Pretty cool to see them in a printed form!

If you liked the movie I can only recommend the book. There is some nice artwork in there. 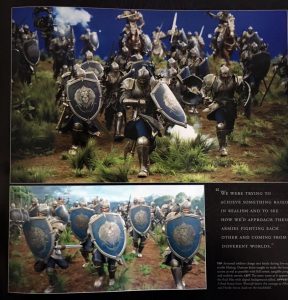 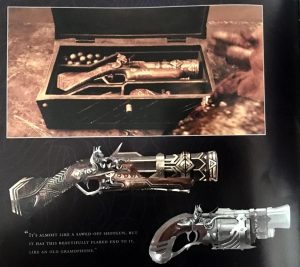 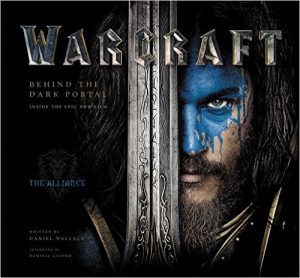 This week-end the second trailer of Guardians Of The Galaxy vol.2 came out. This is the current project that kept me busy the last few months and will do so for another few. Visually the movie will not disappoint and it seems to have the same humor as the first one. For sure something to look forward to. The trailer is just a small taste of what you can expect from the final product! =)

The original post is already a bit older but I just came across it on Igmur.
This is a great collection of great movie-poster art without text to show the hole glory of these art pieces.

Check them out! There are some really great ones in here. I hope you will enjoy.

So I spend some time gathering a list of books in the Books Corner section that I think are really useful if you want to go into Animation or VFX. This section will be growing since it is not complete and probably will never be. If you have any suggestions let me know, I would really appreciate it.

I think having a good book can open so many doors to a lot of new opportunities. For sure this should not be the only source of knowledge for you, but I think it is a good start.

END_OF_DOCUMENT_TOKEN_TO_BE_REPLACED

I finally watched the movie over the week end, and I can just say.. It is pretty EPIC =)

Have a peek if you want to see some Stop-Motion magic:

You probably heard already about how much went wrong during the production of “Sausage Party” for the artists working at Nitrogen.

Every time I read/hear things like this it makes me really angry. The VFX and CG-Feature industry is a multi-billion business every year, and still VFX houses and 3D-Animation Studios feel forced to underbid each other in a race to the bottom. It looks like they are just not able to create any resistance against the Film-Studios/Production companies etc. And because of that we heard in the past few years, and will for sure hear more in the future, stories like how apparently the hole production on “Sausage Party” was a big mess. People should not be terrified for wanting to go home on time, not being afraid to be blacklisted or fired because they do not work for free. I do not want to point fingers only at Nitrogen, because this is a general problem spread over a lot of different companies. I think there is much room for improvement to create a good work-life balance in our industry. I hope things will change for the best, but for now I leave you with this open letter from the VFX Union UK:

I was a bit busy the last few weeks, that is why I was not super active here on my blog.

But now I am back and wanted to share this cool video that I found yesterday!

MIT shows off amazing manipulation of objects in video

I worked my self in London for 3,5 years. Very hard, but good years that helped me a lot to develop in my career.

London was the 1st place to go as a EU citizen to break into the big international VFX industry. And now a lot of people are worried if this will still be the case. Personally I will see how everything will develop from here, but at the moment nobody can say what will really happen in the near future. Without the EU subsidies and general relations with other EU countries, nobody knows at the moment what impact that can have for future productions.

Here a few article talking about this topic:

Will #Brexit Lead To A #VXFit?

The UK VFX industry and Brexit

A friend of mine just posted this on facebook, and it is freakking cool! If it is true what they claim, that could mean that Deep-Compositing will be an old head pretty soon. They claim that the performance is way better, ability to re-scale images after the render process with no or almost no quality loss and Object IDs out of the box.

Pretty curious if I will have the chance to work with this any time soon!